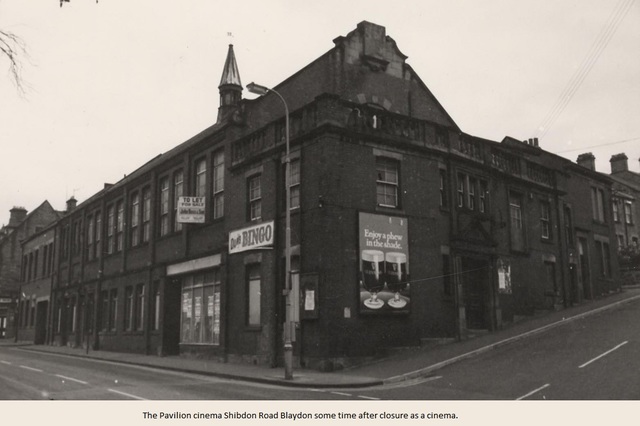 Located in Blaydon on Tyne, County Durham, five miles to the west of Newcastle upon Tyne on the south bank of the River Tyne. The Pavilion Theatre was opened as a cinema in 1911. It became part of the Smelt’s Theatre chain and around 1930 it was equipped with a British Acoustic(BA) sound system.

The Pavilion Theatre was still open in 1958, but had closed by 1963. It became a bingo club for a while. It has since been demolished and a block of flats Shibdon House has been built on the site.