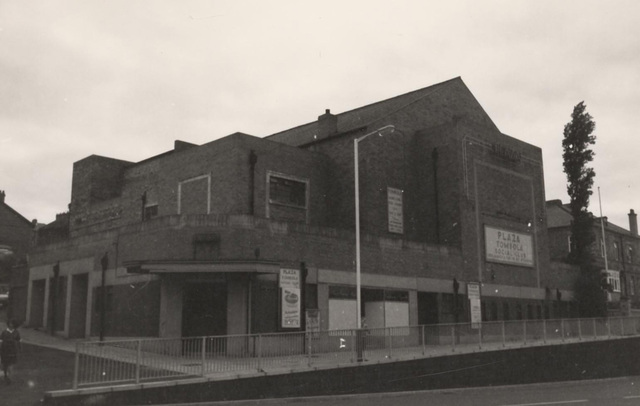 Located in Blaydon on Tyne, five miles west of Newcastle upon Tyne on the south side of the River Tyne. It was positioned on Shibdon Road and Garden Street near the railway line.

The Plaza Cinema was opened for Christmas 1936. The proscenium was 42ft wide, and there was a small stage. It was equipped with a Western Electric(WE) sound system. It suffered damage from a fire in 1953 and was closed for a year while repairs were carried out. It was soon equipped with CinemaScope. By 1962 it was operated as a part-time bingo club, with films at other times. It became a full time bingo club by 1968. It was demolished in 2005 and a care home named Hadrian House now stand on the site.