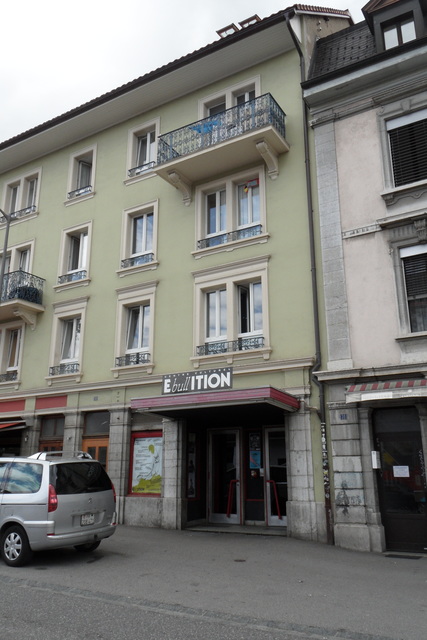 Located in the small town of Bulle, a municipality in the district of Gruyère in the canton of Fribourg, it is not known when the Cinema Lux opened. It closed in the early-1990’s, when the three-screen Cinema Le Prado opened.

The Cinema Lux was transformed into Ebullition, an eclectic, live music alternative nightclub and cultural centre.