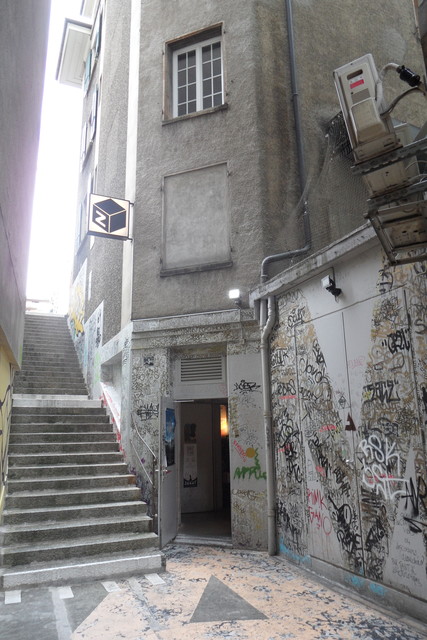 Self-proclaimed as the premiere art-house cinema in Lausanne, the tiny Cinema Zinema is located down a rather unprepossessing passageway off Rue de Maupas.

I believe it opened in 2005. The two screens are named after film personalities: Screen 1 (14 seats) after Thierry Jobin, Director of the Fribourg International Film Festival, and Screen 2 (12 seats) after Norbert Creutz, critic and journalist for ‘Le Temps’ newspaper.

The screens are set back-to-back, with the projection box in between. There is a café/bar.