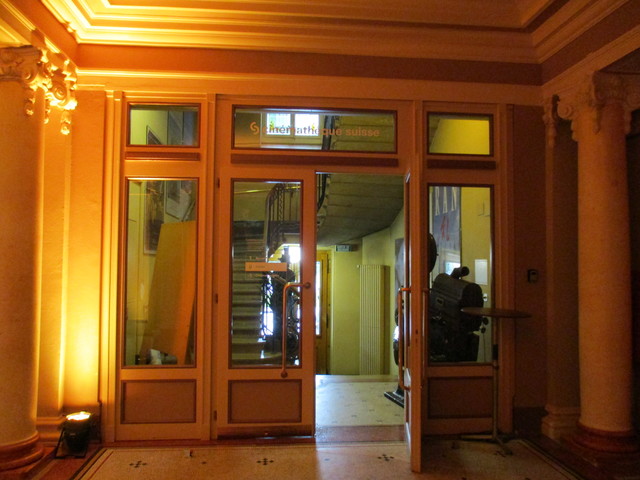 In Lausanne, the Casino de Montbenon was built in 1908. It was the headquarters of the International Olympic Committee from 1915 to 1922. It is currently home to the Swiss Film Archive, founded in 1943.

The building contains the Cinématographe that serves as the cinema for the Archive, a multi-use concert hall, function rooms and a restaurant, the Brasserie de Montbenon.

The Cinematheque, situated in the basement, has two Cinemeccanica Victoria 8 projectors, a dual-band Prevost 16mm projector and a Barco DP2K-12C digital projector. The screen is 4.65m by 2.13m.