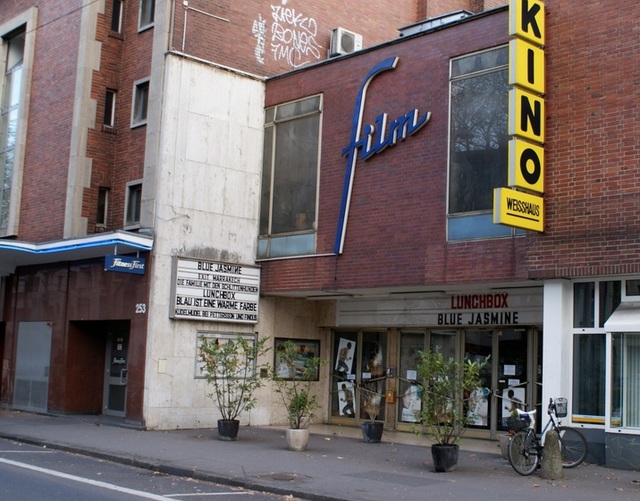 Located in the inner-city district of Sulz to the south of Cologne city centre. The Weisshaus Kino was opened on 19th November 1953. Seating was provided for 750, all on a single floor.

Today the seating capacity in the main screen has been reduced to 266. The former cloakroom has been converted into a 72-seat cinema. It is operated by the owners of the OFF Broadway in the city centre. Programming is art-house films with quality first run mainstream films. It is a member of the Europa Cinemas Group.