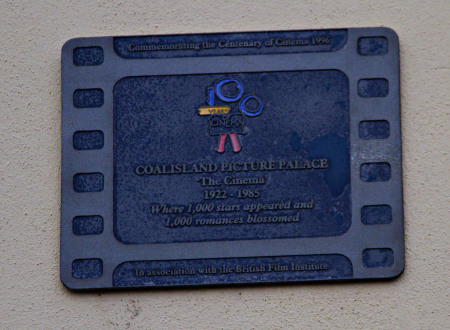 The Picture Palace was conceived by a group of businessmen, James Canning, John Lyttle, Edward Byrne and John Stewart, and was opened in a converted warehouse on 15th December 1922. It had a 23ft wide proscenium. It was run by Bill and Albert Bernard by 1929 and known as The Cinema and was equipped with a British Acoustic(BA) sound system. It closed on 22nd October 1985 and had been, at the time, the oldest operating cinema in the province. It has since been converted into Michael Dorman’s pharmacy. A plaque erected above the shop refers to its former use.