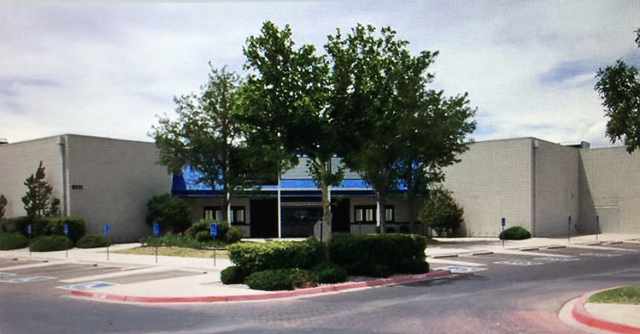 Opened by General Cinema Corp. on October 8, 1987, they operated it until 2002. It was taken over by Madstone Theatres who remodelled it. It was closed in 2004.

I retired here in ABQ. after forty years in theaters, mostly GENERAL CINEMA AND MANN THEATERS, THE SAN MATEO IS NOW GONE BUT AFTER G.C.C. LEFT JIM SHEEHAM AN OLD FRIEND THEN WORKING FOR MADSTONE HE OVER LOOKED THE RE MODELING OF THIS THEATER SEATS, CARPET COLORS A WELL DONE JOB BY THE LOOK OF THE PHOTOS ALL PHOTOS AFTER MADSTONE RE DO

Actually General Cinema closed this theater on September 29, 2000 (making September 28 their last day) due to the company near bankruptcy and that the theater hasn’t showed any new movies to play on their opening weekend of release since Deuce Bigalow: Male Gigolo when it first opened back in December 1999, they been playing movies that left Century Rio 24 before they go to the second-run theater Cinemark Movies 8. Madstone Theaters took over General Cinema and opened its doors on June 7, 2002 as a Indie theater and the first Albuquerque movie theater to serve alcohol. But the last day was on June 7, 2004 due to Madstone heading into bankruptcy but they planning on keeping this theater opened since it was the most busiest Madstone Theatres but they ended up having to close it and all of their theaters and leaving Albuquerque without a movie theater that serves alcohol until 12 years later when Flix Brewhouse opened.

I was wrong! Deuce Bigalow: Male Gigolo wasn’t the last new movie this theater got that wasn’t at Century Rio 24 beforehand. It was Screwed back when it was first released on May 12, 2000. Also that Century Rio 24 prefer playing Battlefield Earth (which also opened on May 12th) instead of Screwed because all the theaters I know back when theaters that were playing first run movies and were under 3 miles from each other have to bid on a movie just to play the movie on their screens. Almost all old theaters in the under 3 mile radius ended up playing Battlefield Earth because the newer theaters under that 3 mile doesn’t want to play it because it’s a bad movie. For example Cinemark Movies West got Battlefield Earth because UA Starport 9 (now UA Cottonwood Stadium 16) doesn’t want to play it and the reason why UA Coronado 6 got it because UA Winrock 6 didn’t want to play it. But don’t worry, the newer theaters in that under 3 miles ratius that have to bid on who gets a movie with the older theaters got Gladiator instead so I guess they we’re happy they got that and let the older theaters play Battlefield Earth. I’m surprised Century Rio 24 didn’t skip on that movie and let San Mateo 8 play it.