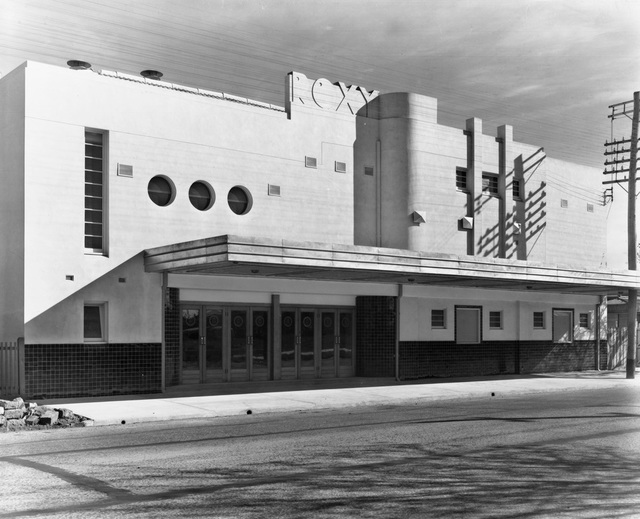 Located in the west Melbourne suburb of Maidstone. The Roxy Theatre was opened by Kirby’s Theatres chain on 18th May 1943 with James Cagney in “Yankee Doodle Dandy”. Seating was on a stadium plan, with a raised stepped section at the rear, instead of an overhanging balcony. There were 582 seats in the stalls and 182 in the raised section. Kirby’s Theatres (later to become Village Theatres) were still the operators when it closed on 5th March 1958.

It has since been demolished and a service station now operates on the site.

The service station is Caltex.