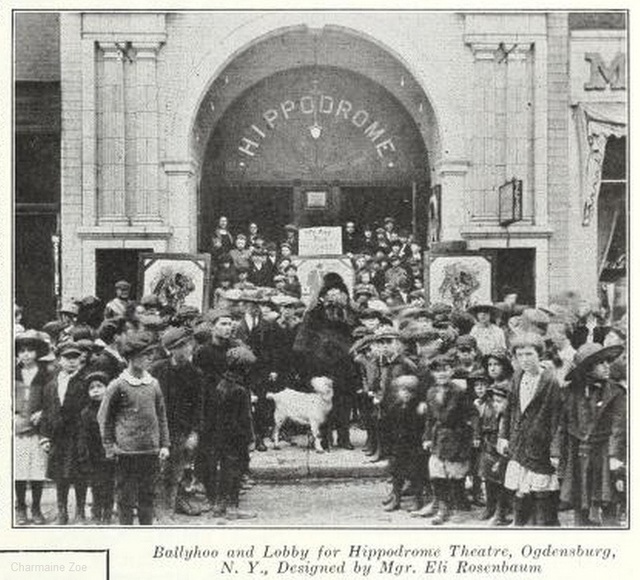 The third movie theatre in Ogdensburg joining the Star Theatre and Strand Theatre was the Hippodrome Theatre launched by Eli Rosenbaum in November of 1912 and running through March of 1930. The Hippodrome Theatre not only had a 600-seat theatre but a bowling alley in its basement, a dance hall, and a roof garden. Just two years later, the Ogdensburg Opera House would transition to vaudeville and motion pictures to become the fourth cinema in the city.

Rosenbaum would move to the Opera House and sublease the Hippodrome Theatre to new operators at least four times returning to operate it each time until he sold the building in March of 1930 to H.S. Clothier with plans convert the space to other retail functions, but this never happened and it continued as a movie theatre until the building was gutted by fire on November 29, 1931. In 1937 it was converted into retail use and was demolished in the late-1970’s.