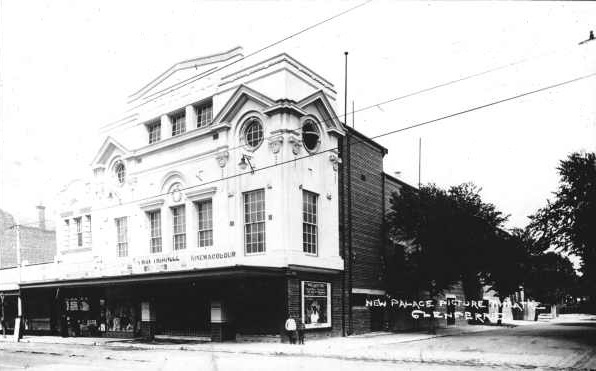 Located in the west Melbourne district of Genferrie/Hawthorn. The Palace Theatre was opened on 14th October 1916. It was a project of the owner/builder George Rarrington. Christopher A. Cowper was the architect, his first theatre design. The façade was in a Renaissance style, while the curved ceiling in the auditorium was of a fine plaster material in a lavish Arabesque design. This had been studded with electric ventilators capable of changing the air every 12 minutes. The circle foyer had been lavishly furnished with Chesterfield loungers.

Mr. L. Wicks former head of the Co-Operative Film Exchange was employed as the theatre manager who immediately employed the very capable Mr. E.V. Bowen as the projectionist. The opening seating capacity was registered as 1,240-seats. The inaugural programme was the Fox feature film “Infidelity” starring Theda Bara. The support was supplied by MGM titled “The Quitter” with a cast headed by Lionel Barrymore. Hoyts Theatres operated the theatre from 1928 and ran it until it closed in 1963.

It was demolished and a Coles supermarket operated from a building on the site. Today a McDonald Family Restaurant now occupies this address.