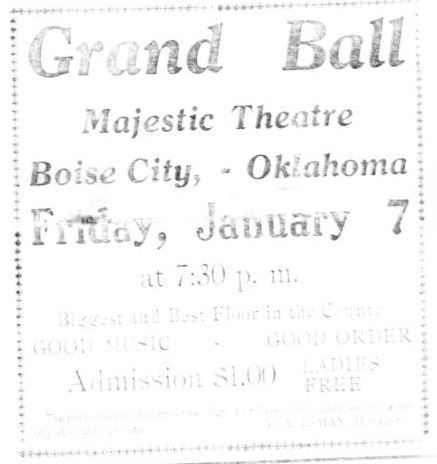 The Majestic Theatre was opened on May 5, 1920 with Harry Carey in “Marked Men”. On June 25, 1926 it was renamed Ritz Theatre, which closed as a silent movie theatre on July 22, 1930 with Strongheart in “The Return of Boston Blackie”.

The Majestic Theatre launched with the John Ford western “Marked Men” starring Harry Carey on May 5, 1920. On June 25, 1926 under new operators, it became the Ritz Theatre relaunching with “Flaming Waters” starring Mayme Kelso. Its days were numbered when the Palace opened with sound in March of 1930. The Ritz closed remaining silent with Strongheart in “The Return of Boston Blackie” on July 22, 1930.