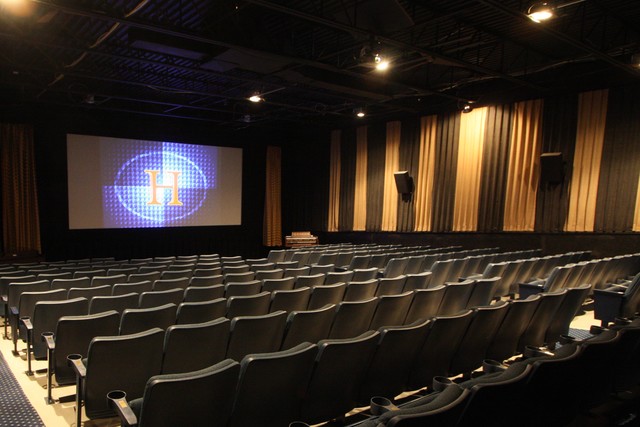 Tucked into Boothbay Harbors' only strip mall, this theater was purchased from its former owners by projectionist Jason Sheckley in 2002. After fund raising, it went digital in April 2013.

Although Boothbay Harbor is a popular summertime tourist destination, the year-round population is very small and makes it hard for the theater to make any money during the off-season months.

Currently, the theater is threatened with closing due to its rent being raised when the lease is up for renewal. The tentative closing date is September 9, 2017. The threat of closing was averted and it continues to operate in 2022.