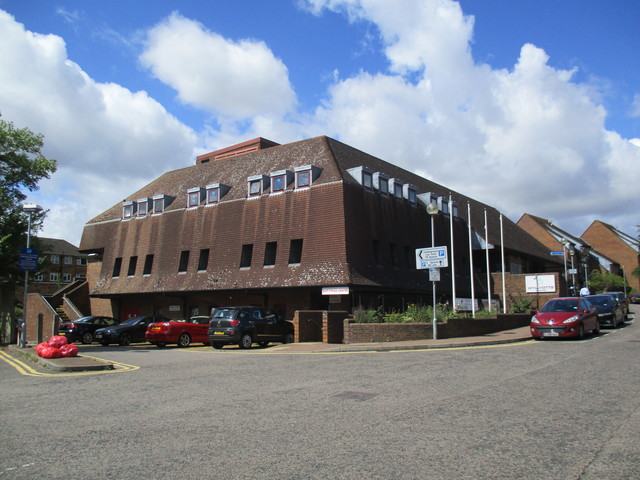 In Potters Bar, Hertfordshire, the Wyllyotts Theatre was built in 1990 as a replacement for the Oakmere House Arts Centre which was built in 1974. It is situated within a larger building that is also home to a 60+ Centre, Citizen’s Advice Bureau, Potters Bar Museum and the Council Information Office.

The name “Wyllyotts” derives from the historic Wyllyotts Manor that stood on the ground currently occupied by the complex.

Cinema use had begun by September 1991, soon after it opened as it was equipped with 35mm projection and a screen. There being no other cinema in the town, there is an extensive film programme alongside the live events. The large auditorium has comfortable, nicely raked, retractable seating.

Contrary to the date of 2001 I gave in the Overview, cuttings in the Cinema Theatre Association Archive report that the Wyllyotts Centre’s first film shows were back in September 1991. So the Centre had clearly opened well before 2001.