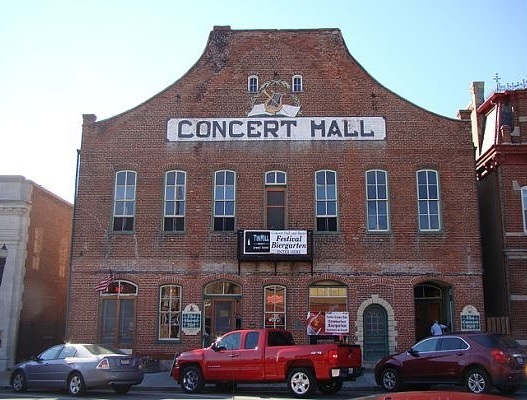 The Concert Hall was built and opened in 1878. The architect & builders were John Peautsch & Phillip Kuhn. By 1914 it had been renamed Opera House and was operating as a movie theatre in the hall upstairs. By 1926 it was still a movie theatre, but had been re-named Huxol’s Hall and this closed in 1938.

In 2016 it operates as the Concert Hall & Barrel Bar, a restaurant/bar which presents live music in the upstairs hall.