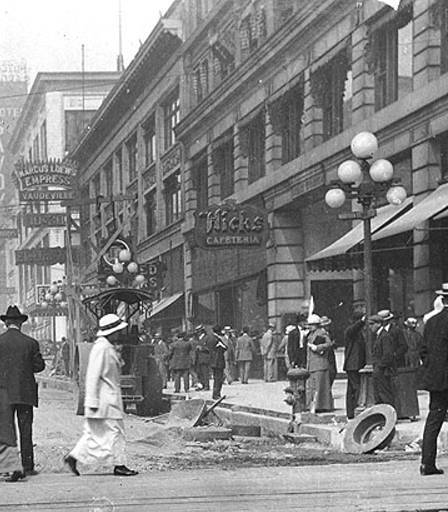 The “Seattle” column of the February 28, 1919, issue of Variety carried a notice that “Johnson and Kastner have sold the Princess Theatre, Ballard, and it has been rechristened the Empress.”

The former Princess must have been the second house in Ballard to be called the Empress, as an item in the January 25, 1919, issue of The Film Daily had said that the Empress Theatre in Ballard had been sold to Martin McClanahan by A. C. Alden. Presumably Mr. McClanahan renamed the earlier Empress, freeing that name up for the new owners of the Princess.

To add a bit more confusion, the district had also had an earlier Princess Theatre, operated in a storefront at 242 Ballard Avenue, but which had been closed by 1910.

The 1920 FDY has Geddes & Geddes operating the College, Majestic and Empress Theatres in Ballard, but the Empress was not listed among their houses in 1921 or 1922. By 1926, the Empress was being operated by Jensen & von Herberg.