The Theatorium was one of the oldest theaters built in the city of Lebanon, PA. It opened in September 1907 and lasted until at least 1928 when was closed. By 1929 it had reopened as the Aldine Theater, but had closed by 1931. It has since been demolished and housing has been built on the site.

This opened as the Theatorium on September 1907. 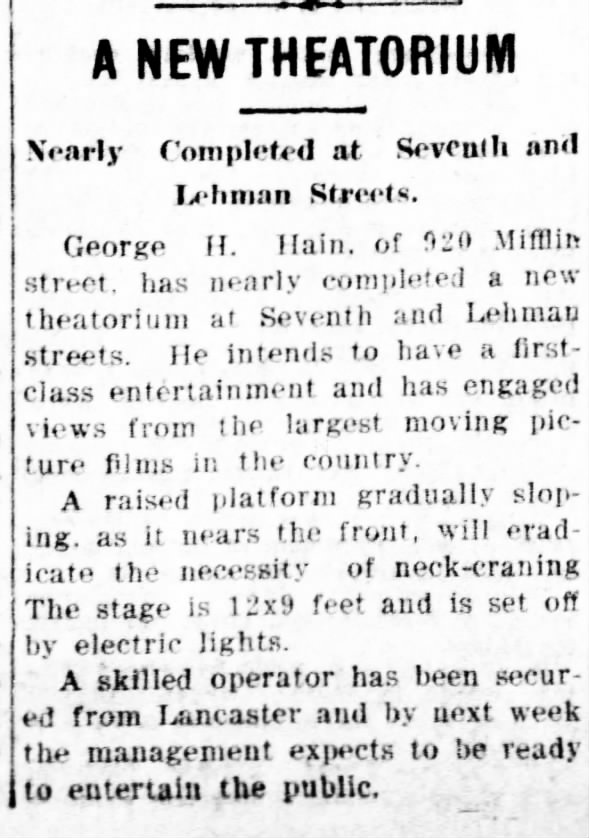 “Lebanon, Pa.—J. A. Jackson, of the Theatorium, Lebanon, recently installed a magnificent organ which is considered one of the largest in this state.”

When it comes to organs, there is no end of hype, so ‘largest in the state’ is laughable. Cross referencing the pipe organ databases, there is no mention of the name Theatorium or Aldine in Lebanon PA.

This suggests the Theatorium / Aldine was nickelodeon-sized with a photoplayer in front of its tiny stage. As happened so often elsewhere, the older, smaller theatre lost out to the stiff competition from newer, bigger halls of the 1920s.