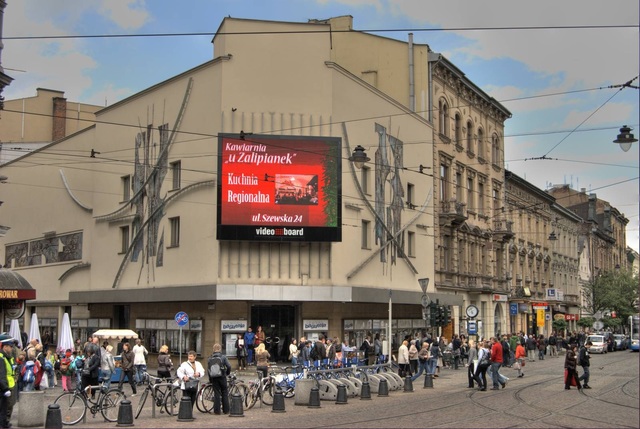 The Teatr Bagatela was opened on 25th October 1919. It was designed by architect Janusz Zarzeckiego with seating provided in orchestra and circle levels, with a series of private boxes beneath the circle and along the right-hand side-wall of the auditorium. It was modelled on Parisian boulevard theatres, and interior decorations were by interior designer Henryk Uziembio. It presented comedies and farces on its stage. The building was badly damaged by a fire in 1928.

It was rebuilt, but in a more modern style and re-opened as the Scala Kinoteatr. During the German occupation in World War II it was screening German language films. After the end of the war in 1945 to 1949, it re-opened as a children’s theatre and one of the actors was a young Roman Polanski. By 1957 it was catering for adult audiences and was re-named Teatr Variety. In 1973 it regained its original name Teatr Bagatela.