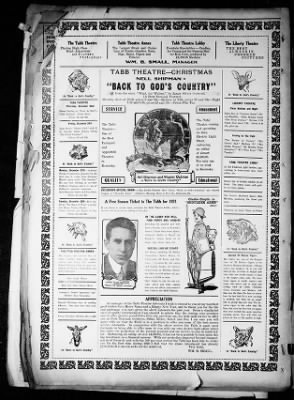 Opened by Ira F. Tabb on August 25, 1909 as the Tabb Opera House. It opened alongside Graser and Humphries Florist. In 1914, business was so good that the theatre remodeled as the Tabb Theatre in the Tabb Theatre Building. The theatre was still in operation in the 1960’s. Artifacts from the theatre were sold on a 2012 episode of “American Pickers” including a window card and one of the original statues.