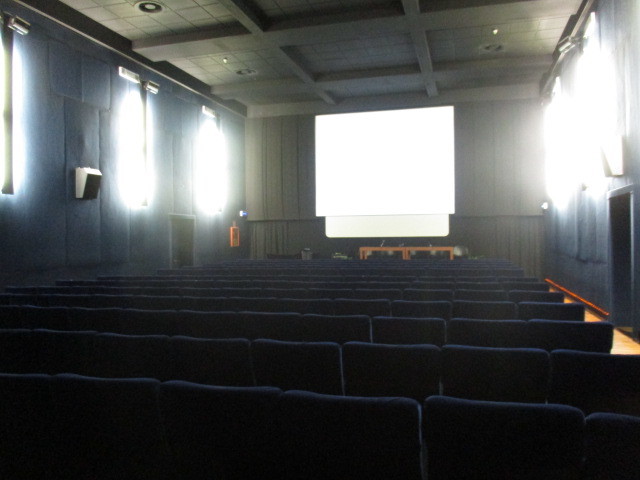 In Bologna, the largest city in the Emilia-Romagna region of Northern Italy, the Cineteca di Bologna is an important facility for film research and restoration.

Founded in 1963 it occupies two sites. The offices are at Via Riva di Reno 72, where there is also an auditorium, Sala Cervi, but the principal buildings and the main auditoriums are on the site of a former slaughterhouse.

That closed in the 1950’s, and the Cineteca has been resident since 1984. The two auditoriums, which I believe opened in 2000, are named after film celebrities: Sala Mastroianni (named after the famous Italian actor) has 142 seats, while Sala Scorsese (named after the American director) has 175. Where possible, films are shown in their original language: The screens have separate panels along the base on which sub-titles can be projected. There are 35mm and 16mm projection facilities alongside the digital equipment.