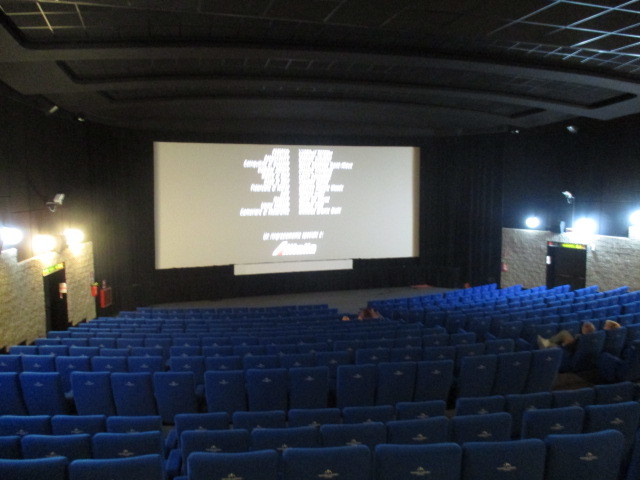 In Bologna, the largest city in the Emilia-Romagna region of Northern Italy, the single-screen Arlecchino has a deceptively large fan-shaped auditorium.

“Arlecchino” translates as “Harlequin”. There is a very attractive illuminated street sign in which a harlequin figure replaces the cinema’s name. By 2019 it was operated by the Massimo Ferrero Cinemas chain.