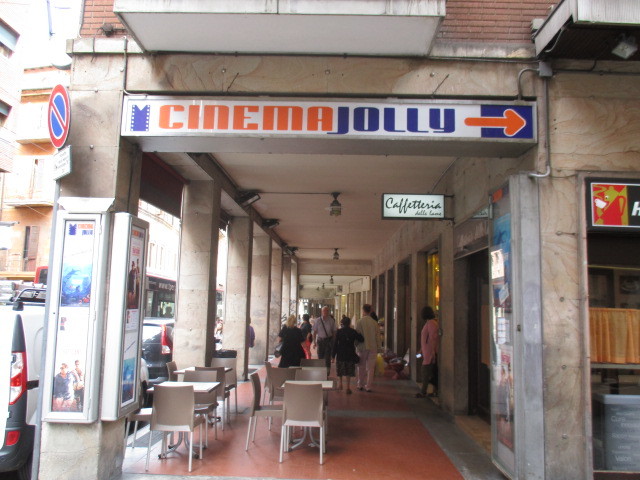 In Bologna, the largest city in the Emilia-Romagna region of Northern Italy, Cinema Jolly re-opened in September 2014 under its present management.

The cinema entrance is in a walkway between Via Guglielmo Marconi and Via delle Lame, near the intersection between those streets.