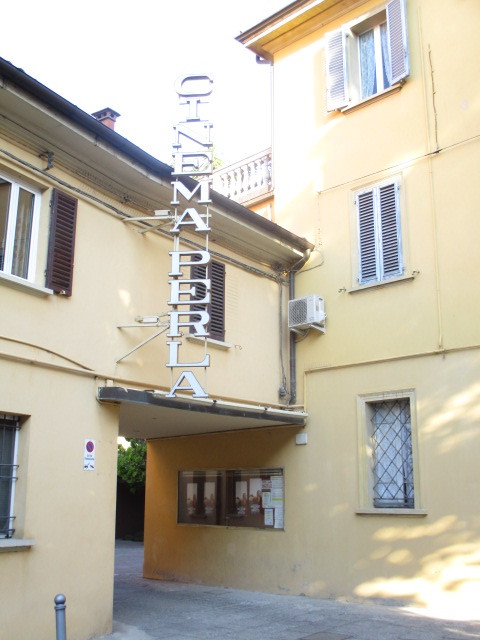 To the west of the city centre of Bologna, the largest city in the Emilia-Romagna region of Northern Italy, the Cinema Perla (“Pearl”) is multi-purpose cinema hall belonging to Sant'Egidio Parish, run by volunteers.

In addition to the regular film programme, the Perla plays home to film festivals and film clubs, and all manner of community events, including concerts, shows, conferences, seminars, meetings and lectures. Proceeds from the community activities are donated to charity.

The Cinema Perla is situated off a courtyard near the junction of Via San Donato and Via C. Ranzani. It was fully renovated in 2001.