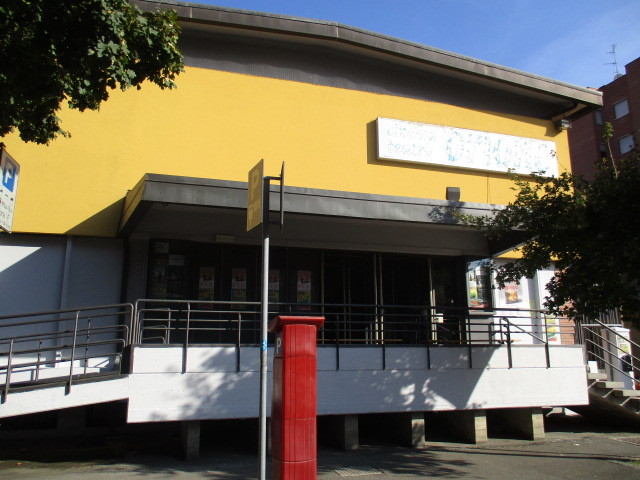 In the western suburbs of Bologna, the largest city in the Emilia-Romagna region of Northern Italy, the Cinema Teatro Orione (“Orion”) is a multi-purpose community based cinema, theatre, music and conference venue.

It opened in 1961. There is a wide, deep stage in what is a very well-proportioned auditorium. The cinema screen moves to the side when not in use. A now defunct 35mm projector is on display in the foyer.