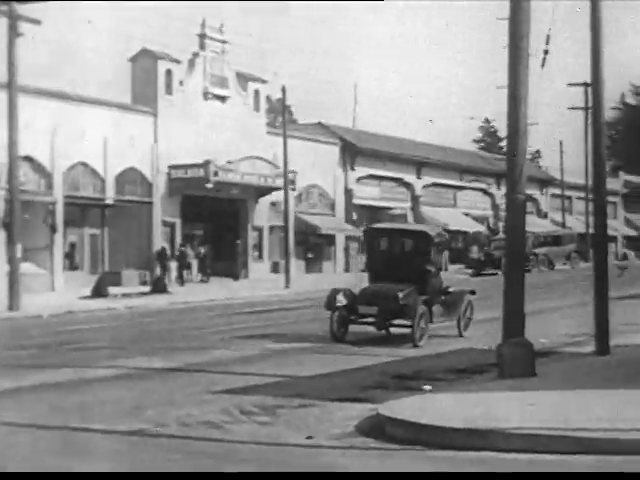 This first Balboa Theater opened on December 23, 1922 with Charles Ray in “A Tailor-Made Man”. Located at 1634 Ocean Avenue in the Westwood Park neighborhood, and not to be confused with the second, better known, and still operating Balboa Theatre, about five miles away, which opened in February 1926 as the New Balboa Theatre.

Confusion over its identity seems to have begun as soon as the second one opened, and after five years, this one’s name was changed to Westwood Theatre, but it soon closed, not so much a victim of the depression, as unable to compete with the the much larger and grander El Rey Theatre a few blocks away.

It was torn down, and a grocery store built on its former site in the early-1930’s.