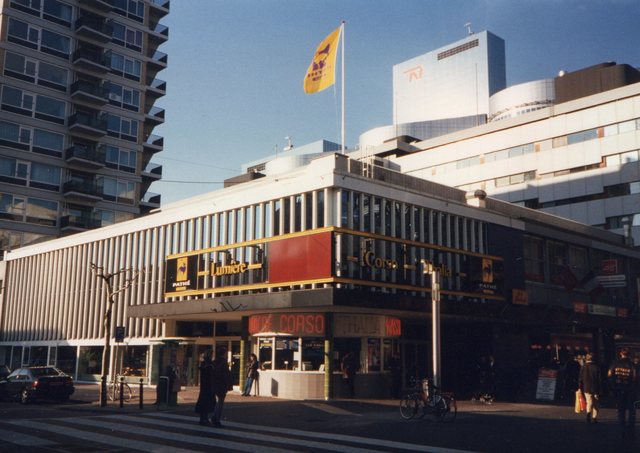 This was the second Lumiere Theater to operate in Rotterdam, the first was at a different address, and opened in 1898. It was destroyed by allied bombs in May 1940.

This second Lumiere Theater was opened on 27th January 1955 with “Brood, Liefde en Fantasie” (Pain, Love & Fantasy) starring Gina Lollobrigida and Vitorio de Sica. Seating was provided in orchestra and balcony levels. In 1974 it was tripled, with screen 1 seating 760, screen 2 seating 346 and screen 3 seating 173 It was operated by the Cannon Cinemas. It was later operated by Pathe and after renovation it gained a fourth screen, with seating capacities of Screen 1 641, Screen 2 302, Screen 3 151 and screen 4 156. It was still open in April 1996.

It is now a Basic Fit gymnasium.