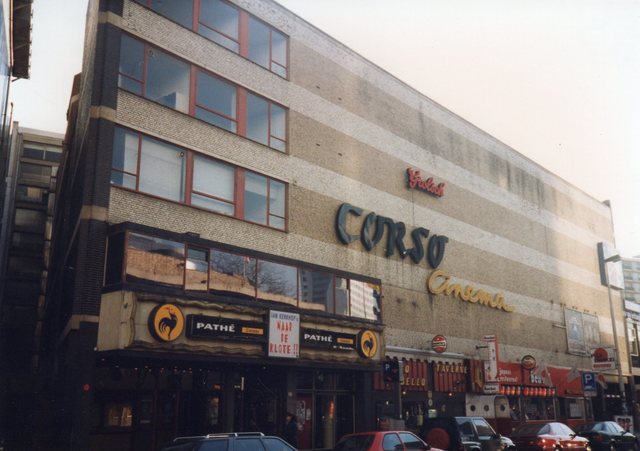 This was the second Corso Cinema to operate in Rotterdam, the first was at a different address and opened in 1911 as the Palace Bioscope Theatre and became the Coro Cinema in 1926. I was destroyed by bombing in May 1940.

This Corso Cinema was opened on 23rd February 1961 with Charlton Heston & Sophia Loren in “El Cid” presented in Todd/AO 70mm. Seating was on a stadium plan, with a raised stepped section at the rear, rather than a conventional overhanging balcony. It had a huge wall to wall screen (with a set of curtains). It was independently operated until 1976 when it was taken over by the Tuschinski Cinemas chain. Later operated by Cannon Cinemas chain, was last operated by Pathe and was still open in April 1996.

It is now a casino.