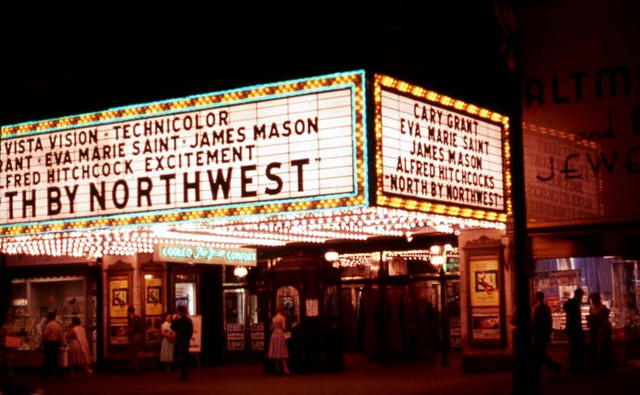 One of architect Thomas Lamb’s most well known and classic theatres, the former Loew’s State Theatre is the grandest and only survivor of Syracuse’s era of the movie palaces. It opened on February 18, 1928 with William Haines & Joan Crawford in “West Point” and on the stage a John Murray Anderson production of “Milady’s Fan” with a cast of Broadway stars. it was equipped with a Wurlitzer 4 manual 20 ranks organ. In 1964 the organ was suddenly sold and removed from the building. A person in California had purchased it and it was later was housed in a pizza restaurant.

After delighting audiences for almost 50 years, the Loew’s State Theatre had fallen into disrepair and was experiencing poor attendance. To save and preserve it in 1977, a group of citizens formed the Syracuse Area Landmark Theatre, or SALT.

SALT saved Lamb’s classic work and the theatre is now a showcase for concerts and performing arts. Thanks to ongoing renovation, the Landmark Theatre is back to its original grandeur.

How gratifying to see such a large number of events listed on the marquee!

A couple of summers ago I was walking past the Landmark Theatre (I almost typed “Loew’s State” since that’s still how I think of it) and the marquee had its soffit removed, possible for repairs. What was exposed was the arched soffit of the original marquee, still intact! It would be great to see the marquee restored to its original appearance, and to have the vertical sign replicated as was done with Shea’s Buffalo

Here is a January 1973 ad from the Syracuse Herald Journal:
http://tinyurl.com/nulbab

Click here for a photograph of the Loewâ€™s State [Landmark] Theatre taken in 1930 by George Mann of the comedy dance team, Barto & Mann.

The Theatre Hisorical Socity Reader book reports that this theatre is closed to the fall of 2011 for more renovations.Wedding and events will still be held in the lobby.

They’ve taken out the back wall of the theater to expand the backstage out over the storefronts in the back. The addition is in a postmodern style that doesn’t fit in with the classic architecture of the building. They’re hoping the expanded stage will attract more live events.

I’m sitting in here now. What a beauty!!

Don’t want to knock Landmark because they have done such a great job restoring and maintaining the interior of the former Loew’s State. But since taking control of the theater 45 years ago, why have they let the marquee fall into disrepair? At their web site, Landmark says the marquee is beyond repair after suffering through too many Syracuse winters.

Given its raged condition, it’s unlikely any regular maintenance had been scheduled over the years. It’s also unlikely there are structural or safety issues since the marquee hasn’t been removed.

It was operational when Landmark took control of the theater and remained in working condition until at least 1985. The photo with “North by Northwest” playing gives a good idea what the marquee looks like with all lights working.

Landmark may have decided there was no reason to maintain the current marquee because it was not part of the original construction. They’ve been trying to secure funds to install a replica of the original 1928 style marquee for many years.

But Loew’s removed the original 1928 marquee over 70 years ago and replaced it with the current one. Clearly the circuit that built the theater wanted a completely different style marquee when they replaced the original.

Which brings up an important question: Should theater restoration include designs that the original builder/exhibitor abandoned?

You can’t make this stuff up.