The Schwartz Center for the Arts (Official) 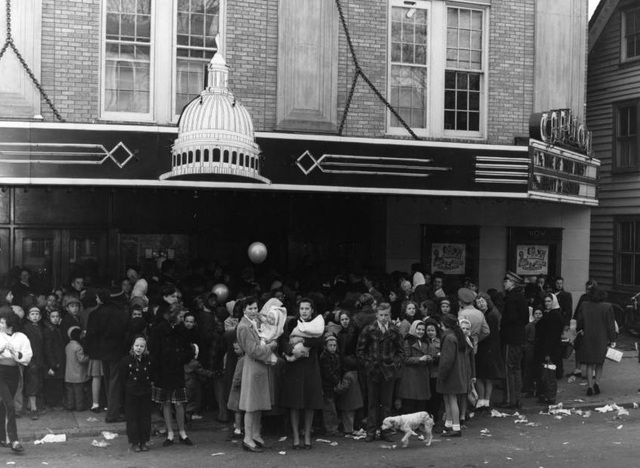 Built as the Dover Opera House in 1904, it was converted into a movie theatre by George M. Schwartz who had a small chain of theatres in Delaware and Maryland. The Capitol Theatre theatre served as the corporate offices for the chain.

It was sold to Fox Theatres of Reading, Pennsylvania in the late-1970’s and was closed in 1982. It was renovated with addition and reopened in 2001.

Here is some additional information:

In 1904, the Dover Opera House opened at this location. The theater was built with funds from a public subscription, and included a stage that was used for a variety of purposes including vaudeville, photoplays, magic lantern shows, and in later years, motion pictures. In 1915, the theater carried the World Series between the Philadelphia Phillies and the Boston Red Sox live on stage. Lights were arranged to simulate a baseball diamond, and as plays took place, a telegrapher wired the action to the Opera House where an operator lighted the screen. In 1923, the Opera House was purchased by George Schwartz and renamed the Capitol Theater. The Schwartz family improved the building by adding a new projection room, box office, and additional seating. When George Schwartz died in 1942, the theater was operated by his wife Reba, and his daughter Muriel. The theater continued to play an important role for Dover, hosting state political conventions in the 1940s and 1950s. In the 1970s, the theater was the scene of a protest on the part of Muriel Schwartz, who fought against censorship by showing a film not permitted by local ordinance. Schwartz was arrested and her actions led to the repeal of the law. The theater closed in 1982 and remained dark until civic leaders initiated efforts to restore it in 1994. The building was purchased from Muriel Schwartz by the Friends of Capitol Theater, with Schwartz donating a large percentage of the propertyâ€™s value to the effort. The Schwartz Center for the Arts opened on October 19, 2001.