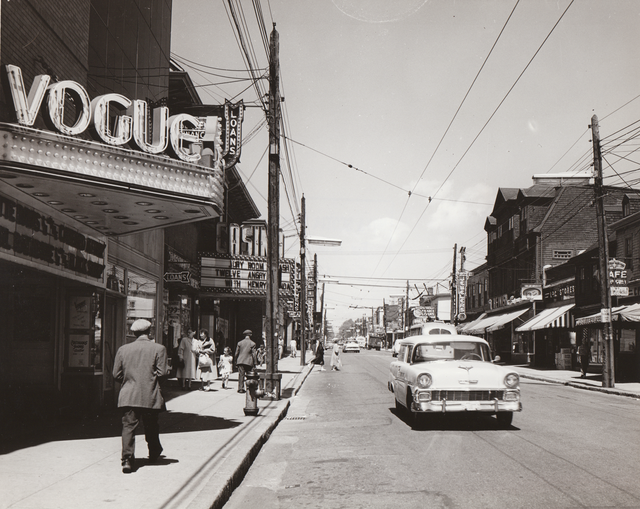 One of Halifax’s longest-lived theatres, the Casino Theatre was l0ocated in the North End of the city and opened on December 11, 1916, showing the silent film “My Madonna,” starring Olga Petrova. Designed by prominent local architect Andrew Cobb and owned by businessman R.J. MacAdam, no expense was spared in the construction of the theatre, which featured several shops, a tea-room lounge on the second floor and large lobbies. At opening, it sat 1,160 (560 on the main floor, 600 in the balcony), and had a 56'x25' stage with a height of 48 feet.

The theatre had barely been open for one year when the catastrophic Halifax Explosion of December 6, 1917 occurred, killing over 2,000 people and devastating the city. The Casino Theatre only suffered light damage, and was used as a shelter for survivors in the days after.

As the decades went on, the theatre received major renovations in 1941 and 1963, and was acquired by Odeon Theatres of Canada. In 1977, it was the only theatre in Halifax to play “Star Wars” resulting in lines around the block. As the Gottingen Street neighbourhood went into decline in the 1970’s and 1980’s, the theatre was acquired by Empire Theatres in 1984, and closed on August 8, 1989. The last film shown was “Ghostbusters II”.

After closing, the theatre was used as a community performing arts space for several years, before being demolished in 1997. Today, a condominium development, Theatre Lofts, sits on the site, with suites named after elements of the Casino Theatre, which in its 73 years of operation saw monumental changes in the film industry. In Halifax, only the Oxford Theatre (which has been open for 79 years and counting) has had more longevity. 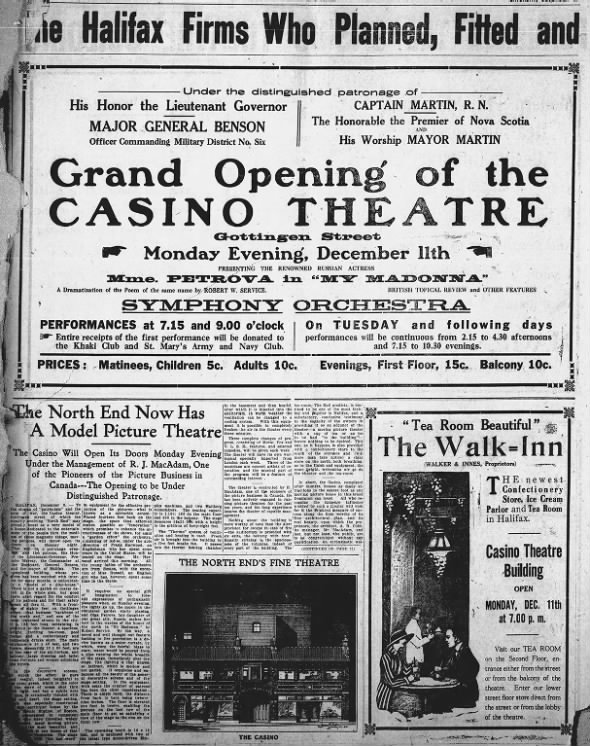