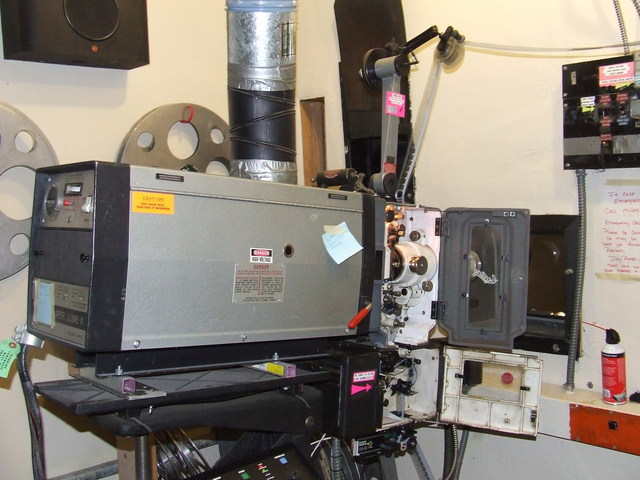 Basic craftsman style. Small enough to be fairly intimate, but not tiny. It is exactly what a neighborhood theatre should be. Its in a great neighborhood, you walk up, buy a very reasonably priced ticket, visit the concession stand and see a movie. Nothing real spectacular, but a great place to see a movie.

When I was stationed at nearby Ft. Lewis in 1963-64, I used to go to this theater for the latest Ingmar Bergman films like “Winter Light” and “The Silence”. At that time, it was called the Proctor. Great little moviehouse, and a nice place to take a date as well.

The Proctor Theatre is the Blue Mouse, The theatre has changed hands over the years and bought out by some investors in 1993 and returned it to it’s original name Of blue mouse then and is still operating
Everyday.. Last year we were put on Washington state Historic Listing and most recently the National Historic registry

I am wondering about the fate of this theatre with the demise of 35mm projection.

Hi Mark, The Blue Mouse will switch to digital, We plan on kicking off a fund raiser to help fund this huge expense

An article about the launch of the fund-raising drive can be found here.

It was reported in the July 29, 1927 issue of Motion Picture News magazine that John Hamrick, head of The John Hamrick Circuit in Seattle, Portland, and Tacoma, announced last week he had just completed negotiations for the installation of Vitaphone in his Blue Mouse Theatre in Tacoma. In the next week’s issue of August 5, 1927 it was reported that, at The Blue Mouse, the first week of “Dearie” and a four-act Vitaphone show attracted better than average houses. The picture was only fair in its audience appeal; the Vitaphone subjects headed by John Charles Thomas and Vivenne Segal were the least attractive of any used so far this season, with the exception of the headliners named. 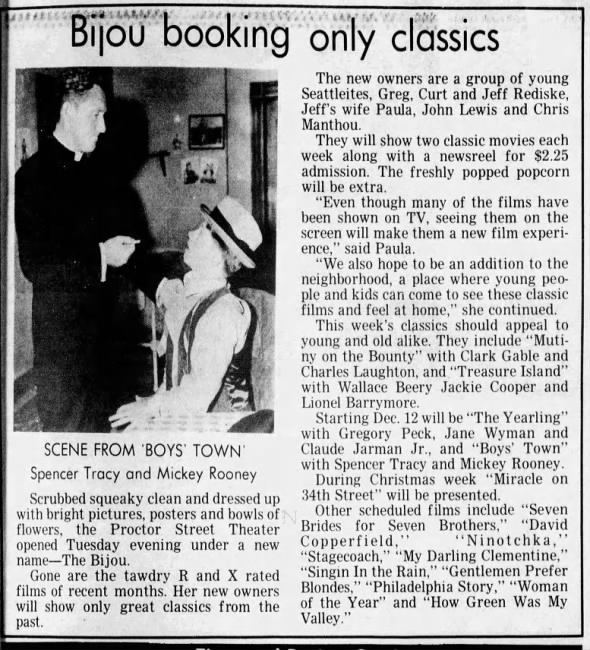 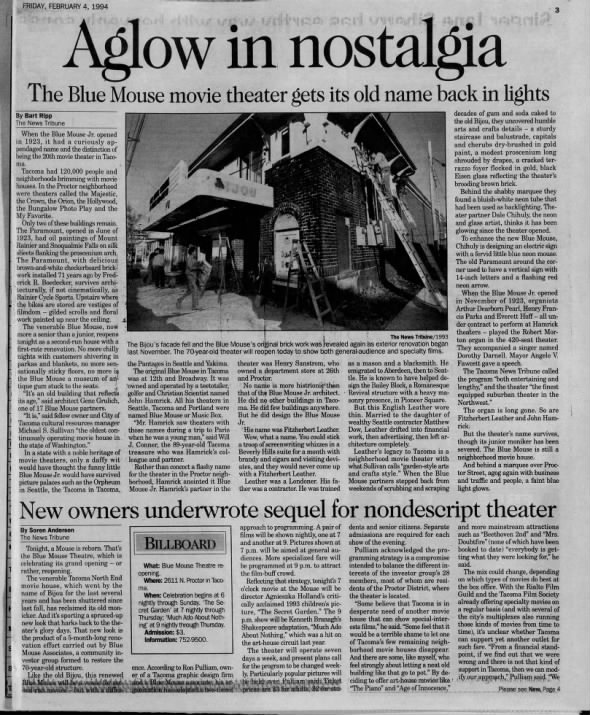