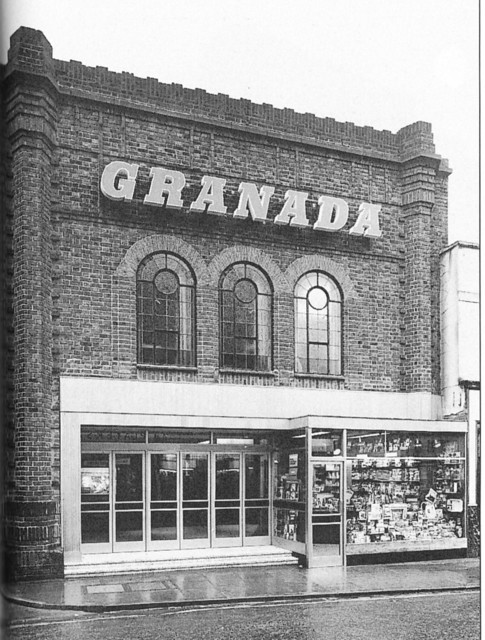 Opened as the Regent Cinema on 9th November 1931 with “Trader Horn”, it was built and operated by Ernest E. Smith. There were 999 seats in stalls and balcony levels. Because of the Quaker beliefs of the Smiths, it had never opened on a Sunday or screened [X] certificate films.

Taken over 23rd August 1965 by the Granada Theatres chain but retained the Regent Cinema name. Renovated [architect George Coles & Partners] and renamed Granada Theatre on 30th January 1967 with 860 seats, 600 stalls and 260 balcony; opening film “My Fair Lady” attended by Rita Tushingham, Dickie Henderson, Jess Conrad. The last film to be shown was “Night of the Grizzly” – described as “Jaws” on land – and the cinema closed for good on 22nd January 1977. It was a Granada Bingo Club from 14th July 1977; this closed late-1982. The building was demolished by the end September 1983. A Marks and Spencer’s store was built on site.