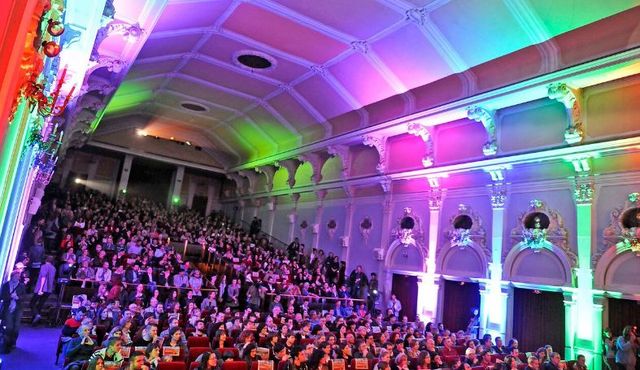 The Cinema Balkan-Palace was opened on 8th April, 1925 by brothers Alfred and Leo Muller. The name Kino Europa was given in the early-1990’s and the cinema was acquired by the City of Zagreb in October, 2007. The main hall currently has 500 seats all on a single floor with a raised stepped section at the rear. There are a further 41 seats in the Muller Hall used for films and lectures. There is a film bookshop, bar and offices for the Zagreb Film Festival.

In 2013 the cinema was declared a Republic of Croatia National Treasure, which recognised the surviving lavish stucco and sculptures. Every Tuesday at least one film is screened with English subtitles. The website has a full history and many photos. The current modern exterior belies the far more interesting interior.