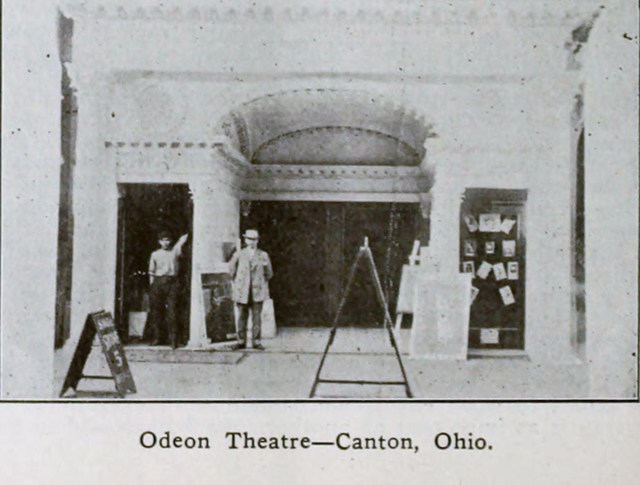 The Penny Arcade and Nickel-Odeon opened in 1905 by A.H. Abrams in a converted saloon and restaurant in downtown Canton. The Nickelodeons were so popular that in 1906, the theatre became known as the Nickel-Odeon and in April of 1906, the films were thrown to the wall to accommodate more patrons. “The Dream of a Race Track Fiend” appears to be the first film projected on a screen with Miss Ethel Collins singing along with two illustrated songs.

In the Fall of 1909, Abrams changed the name to the Odeon Theatre adding vaudeville to the programming. In 1922, Abrams realized competition was dooming the Odeon’s chances and commissioned a $100,000 new-build theater to replace the aging Odeon which closed in 1923. The building has since been demolished.

Newspaper listings ended in 1923 for this theatre.