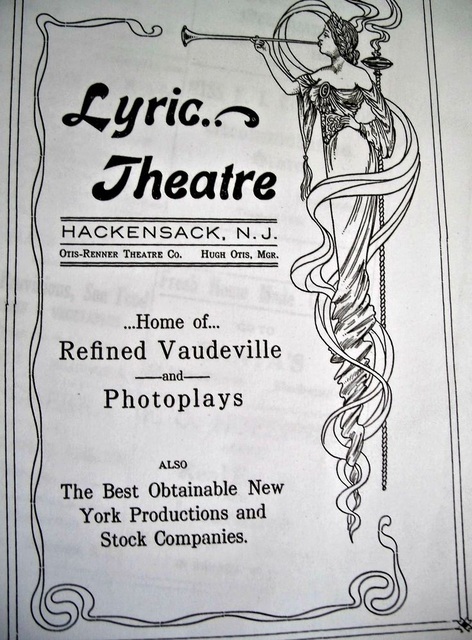 The Lyric Theater opened on Saturday, June 28, 1913, at that time the most well equipped theater in the City of Hackensack. It closed in 1930 and was converted into retail use. Long demolished, a medical center now stands on the site.

Bert Wheeler of Wheeler and Woolsey made his first vaudeville appearance at the Lyric Theatre in Hackensack under the dancing act of Bert and Betty Wheeler. The Fabian Theatre Circuit took on the Lyric in 1926. But the theatre didn’t convert to sound and tried to hold on with live plays, events and vaudeville from 1928 until closing early in 1930.

In 1930, the Lyric was converted into two retail stores with office space above. The building housing the former Lyric was sold at auction for just $500 at a sheriff’s auction on March 13, 1935. 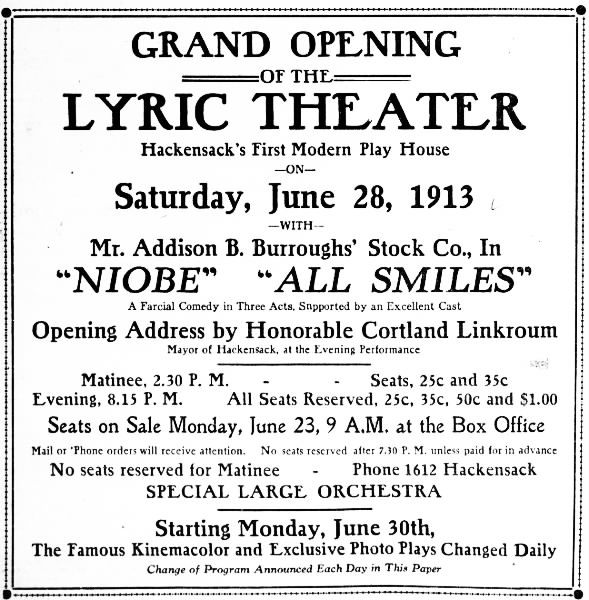