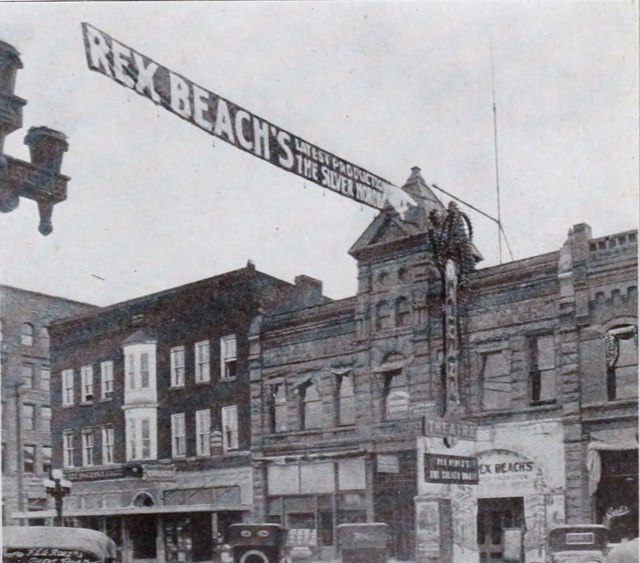 This opened as Dreamland theater on July 3rd, 1908 and renamed Alcazar on May 29th, 1910. Both grand opening ads in the photo section.

Reopened as Ritz on November 19th, 1938 and closed down in 1942. The grand opening ad can be found in the photo section.

Technically, the theatre was at 207 Central in the 1888-built Dunn Block Building at 205-207 Central. The first 20-year lease was for retail followed by the theaters mentioned above. The last movie was “Sky Devils” and “Scarface” on January 31, 1942 at the, then, Intermountain Fox Ritz. It became home to a church for a short period and hosted a Democratic rally in 1944. The American Legion Hall took it over in 1945. The building was demolished in 1982 when the Blue Cross decided to build a new facility.

1910 photo as the Alacazar Theatre added courtesy of the Distinctly Montana Facebook page.