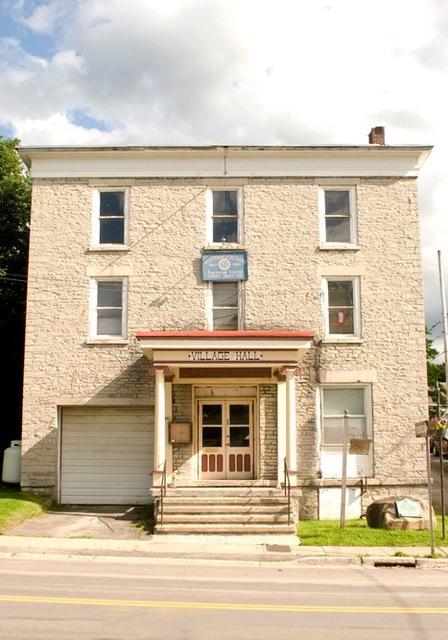 The building at 44 Main Street, Cherry Valley, NY, was built in 1850 as a foundry. By 1907, Catherine Roseboom purchased the property and presented it to the town. It was converted into a movie theater and a dance hall. The theater lasted until 1958.

The following information comes from the Cherry Valley Artworks website.

The limestone building at 44 Main Street was home to John Judd’s foundry beginning in 1850; here Judd manufactured the first iron plows in New York State and later produced iron building parts. The building was purchased in 1907 by Miss Catherine Roseboom and was later presented to the village on November 11th, 1907, on the 129th anniversary of the Cherry Valley massacre. The second floor housed a movie theater and dance hall until 1958; the building remained in use as the Village Hall until 2008. In 2009 Cherry Valley Artworks began renovation of the historic building, focusing first on the Star Theater. In 2010, Artworks hosted its first public event in the theater, and offerings grew in 2011 to include films, concerts, and a reading. When renovation is complete, the former foundry will serve as a community arts center and gathering place, with classroom and exhibit space to complement performances and other events in the Star Theater.