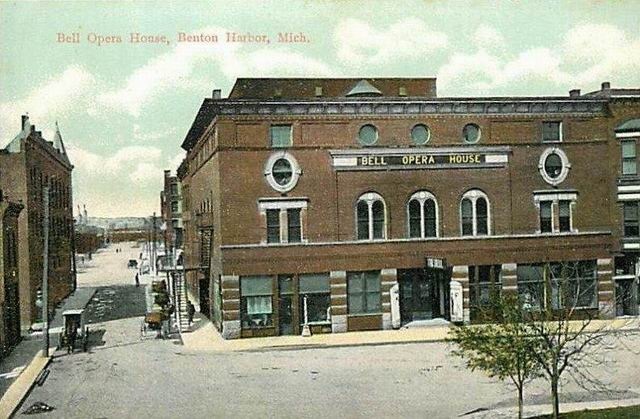 The Bell Opera House was built by Dr. John Bell at a cost of $30,000 and opened on May 9, 1900 with the play “A Wise Woman”. Seating was provided for 1,200. According to the News-Palladium, it started showing movies, combined with vaudeville in 1911 and and later had the first Michigan showing of “The Birth of a Nation".

In 1920 it was remodeled to the plans of architect John Eberson. In the 1920’s finding no success with movies because it was built as a legitimate theatre it became the Good Samaritan Church. Sometimes called the Bell Theatre, Film Daily Year Book 1928 lists it with 955 seats.

After a remodeling in 1939, it briefly became the Rio Theatre but closed after several months. In 1940 Butterfield Theatres bought it with plans to convert it to commercial purposes but the building was razed in 1945 to be used for city parking.

Today it would be the parking lot at 6th Street and Wall Street, across from the Benton Harbor Public Library where the original Carnegie Library was located. 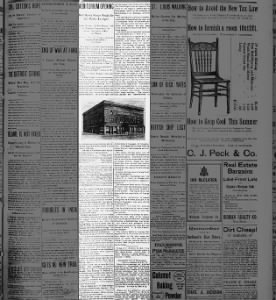