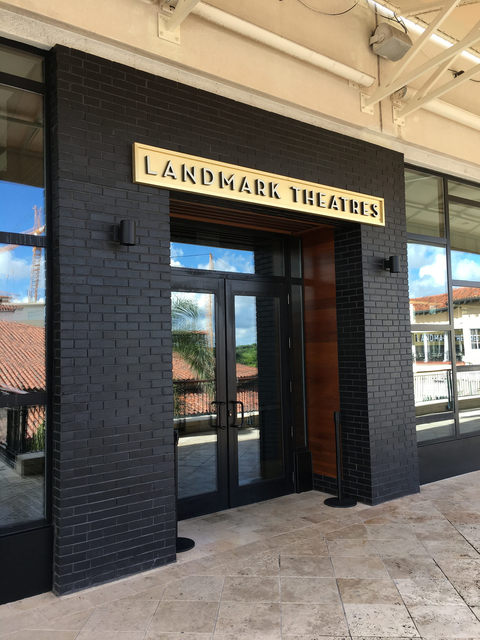 The Landmark at Merrick Park opened December 16, 2016, next to Neiman Marcus in a space formerly occupied by Borders Books. The Miami Herald noted that it was the first mainstream theater operating in Coral Gables since the Riviera Theatre closed in 1999.

Designed by ADW Architects, seating in seven auditoriums ranges from 25 in an intimate screening room to 150 in the largest.

Founded in 1974 with the Nuart Theatre in Los Angeles, Landmark Theatres now covers 16 states and 22 cities with 56 locations. Mark Cuban and Todd Wagner currently own Landmark Theatres with Ted Mundorff serving as CEO.

I enjoyed sitting at the lobby bar and watching people come to the movies, which you can do whether or not you buy a movie ticket.