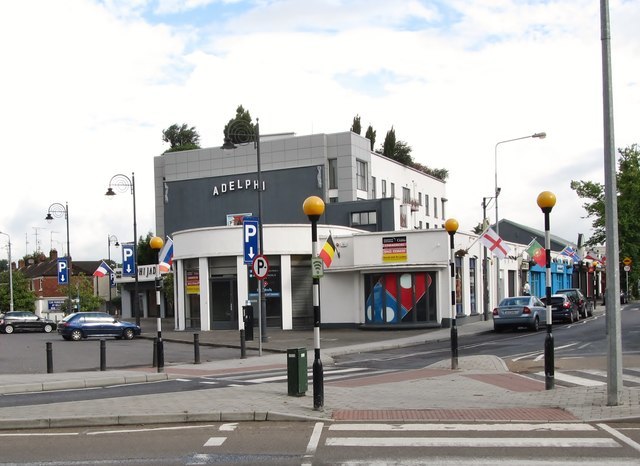 The Adelphi Cinema opened on 12th May 1947 with “Monsieur Beaucaire”, three months after films ceased at the Town Hall Cinema. It was designed by Robinson & Keefe for Eastern Cinemas. The Adelphi Ballroom tucked in behind it played host to the likes of Johnny Cash in 1963 and Roy Orbison in 1970. This was redeveloped into shop units and offices in 1989 and the restaurant turned into the Adelphi Lounge where Brendan O’Carroll from “Mrs Brown’s Boys” put on shows. It also had spells as The Venue, Rock Island Diner and Sweet Adams. The cinema itself was later converted into shops and offices much like the fate of the Ballroom. Originally identified as a location for a multipurpose arts venue, it closed in the mid-2000’s and was converted into apartments.