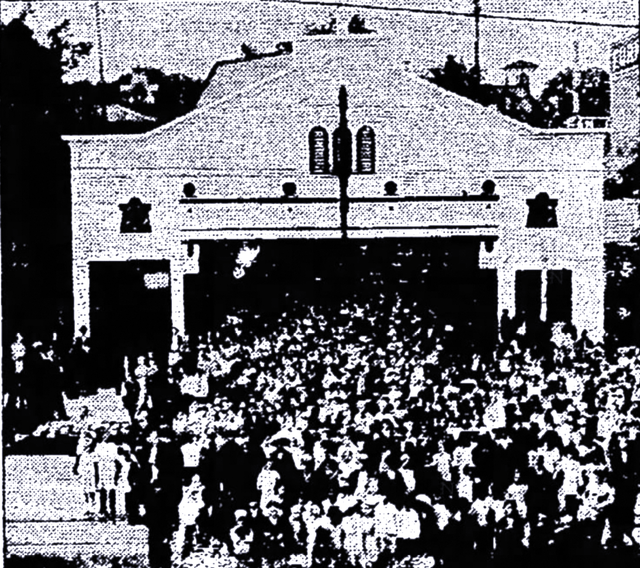 The Grand Theatre was a silent-era venue that launched by J.W. Barnes on September 5, 1910 as a vaudeville house. Located just two doors north of the Olean Opera House, the theatre targeted middle class patrons as “The Home of Vaudeville”. The architect was Joseph P. Brenot then of Oil City, PA.

By 1912, the theatre was mixing in movies and by the end was primarily a movie house. But the neighboring Opera House was transformed to the Palace Theatre in 1916. The competition was too much for both to survive. Palace Theatre operators, the Bordonaro Bros., bought the building and the Grand Theatre closed on February 10, 1918 with “The Law of the North” and Charlie Chaplin’s “The Rink” The Bordonaros quickly transformed the former Grand Theatre space to other retail functions.