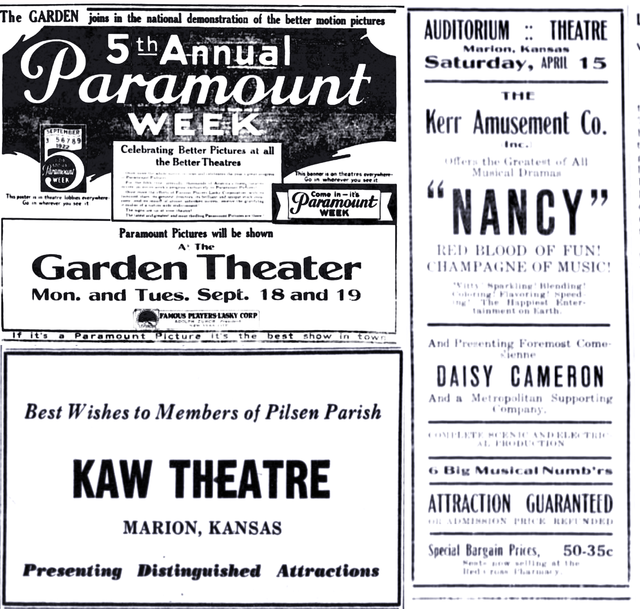 Harry Rogers opened the Garden Theatre on February 18, 1920 in downtown Marion. It was the town’s second theatre since the Auditorium Theatre that had apparently closed two years earlier. The Garden Theatre transitioned to sound and got a Streamline Moderne style makeover in 1937 by B.F. Churchill and Sons. Sold to The Dickinson Circuit in 1942, the theatre got another makeover which continued the theatre into the television age.