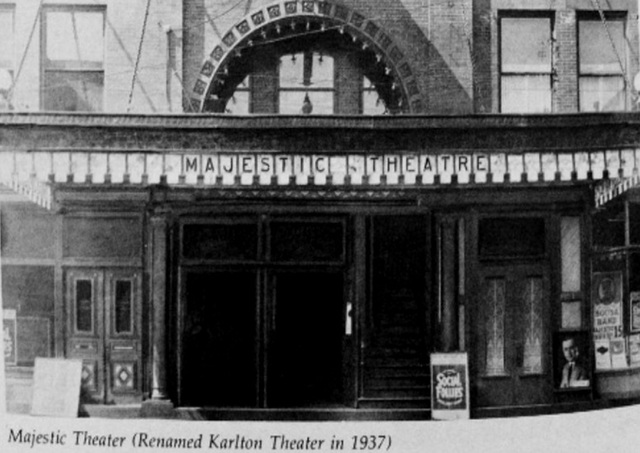 Opened January 7, 1907 as the Family Theatre primarily for vaudeville. It became the Majestic Theatre in 1909 transitioning to mostly a legitimate, live venue but mixed in film mostly with five cent kids matinees. It was remodeled to the plans of architect William Harold Lee.

Under new ownership, the Majestic Theatre became the Karlton Theatre almost exclusively a film venue on September 23, 1937. The last movie screened April 22, 1951 with the theatre sold to be turned into a parking lot. Wrestling events and cooking demonstrations occurred through May of 1952. A salvage sale in September preceded its demolition in October 1952. The new parking lot was called the Karlton Parking Lot.