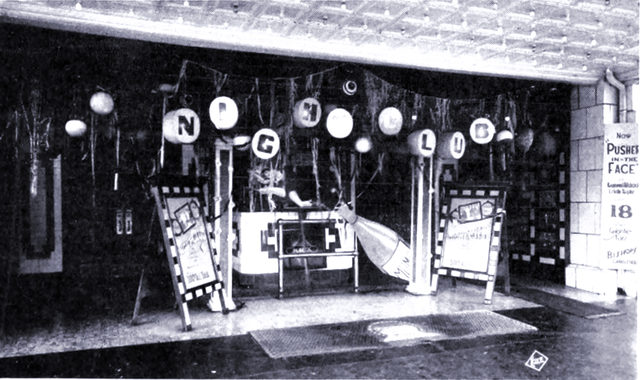 Launched as the Casino Theatre on May 1, 1911. At the end of March 1925 it changed owners and name becoming the Egyptian Theatre, opening April 15, 1925 with “Janice Meredith” starring Marion Davies. The theatre closed on December 16, 1930 with its film equipment moved to the Rivoli Theatre. It spent the first three months of 1931 as a wrestling and boxing venue before closing and being split into two retail businesses in late-summer of 1931.

The Egyptian Theatre’s location is now occupied by the City Tavern, a bar and grill. I can’t tell from Google street view if it’s an old building or not. There is a bare brick wall along E. North Street such as the side wall of an auditorium would be, but it looks to be in very good condition and might date from the 1930s or later, nor does the building extend all the way to the end of the property, there being a parking area at the rear.

In the 1922 Film Year Book, the Casino is on a list of theaters “…owned, controlled, operated by, or in which Famous Players-Lasky, Inc., is interested.”