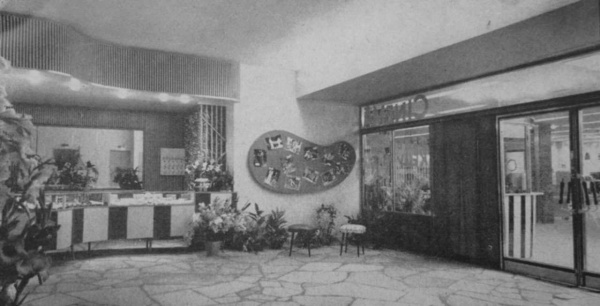 Over the years, it has been added to and sub-divided with each screen having individual names:

All were still operating in 1995. They were later closed and the building has been demolished.

As a resident of Frankfurt, I can confirm that the location is incorrect. It was not demolished for the Galleria Kaufhof store. That store is about 100 meters away and was built in the early 1950’s.

The streetview seems to support that - the cinema is to the right of the Traf iQ booth under the red ‘E’ and the galeria to the left. Sadly it is many years since I was last in Frankfurt so cannot confirm current status of the Europa.

Sorry, it seems that it is no longer possible to post a link to the street view, so the above link will not work.