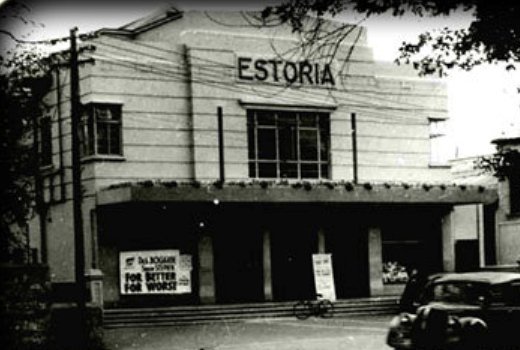 The Estoria Cinema opened on 22nd November 1939 with “The Great Waltz” and had 776 seats. It was run by W. Egan and P. Mulligan later Burns and Mulligan. After World War II cinemas had to include a live show to avoid tax, so Peg Folan used to play the Estoria Cinema, Johnny Cox the Savoy Cinema, and Des Fretwell the Town Hall Cinema.

The Estoria Cinema closed in 1975 but reopened as the Claddagh Palace, which hosted the Galway Film Fleadh from 1989 until it closed in 1995. The last film to be screened was “Waterworld” starring Kevin Costner. It was later redeveloped as apartments. Film premieres at this cinema included “The Quiet Man” and “My Left Foot”.