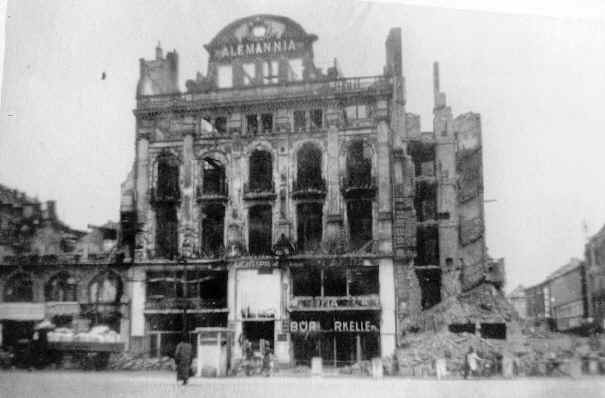 Located in the city centre facing Schillerplatz. The Alemannia-Lichtspiele was opened 25th December 1918. It was designed by architects Hector & Brosius and seating was provided for 650. It was damaged in 1942 during World War II and later demolished.

It was rebuilt and re-opened on 9th April 1955 with seating provided for 750. In 1987 the balcony was converted into a second screen namedAstor, which had 122 seats. Both screens were closed in 1990. It was converted into retail use.