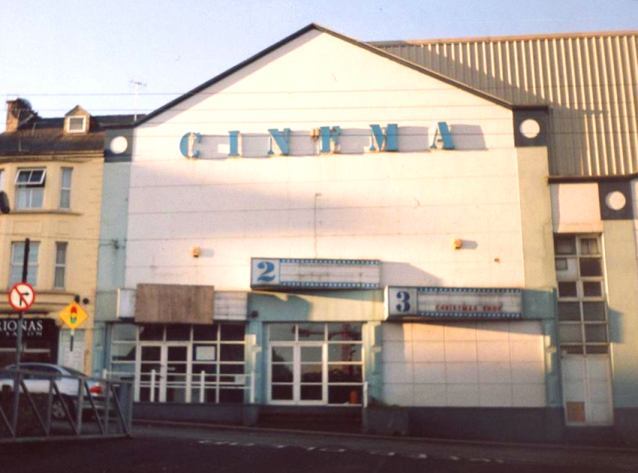 Located in Letterkenny, County Donegal. Opened as La Scala Cinema by A & C Cinemas on Good Friday 1935 and was built by a group of businessmen, Charlie Maguire, Tommy Mullen, Fergal Magennety and Mark Doherty. Originally it had 550 seats and CinemaScope was installed in 1953. It was still operating as La Scala Cinema in 1966. A second screen was added in 1980, with a further screen being added about 1990, and eventually a fourth in 1995. It closed as The Cinema on 11th July 2001 still run by A & C and was bought by Paul McGlinchy owner of the Golden Grill nightclub for a live music venue. The building however was demolished in 2005 and the new building is partly occupied by the Donegal Youth Service.