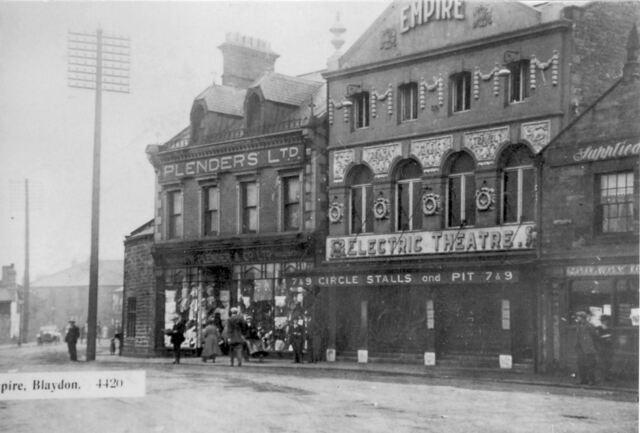 Located in Blaydon-on-Tyne, near Gateshead, the cinema was situated adjacent to the railway line. The Empire Electric Theatre was opened 30th September 1910. It was a conversion of existing retail premises to the plans of architects Henry Gibson & Pascal Joseph Steinlet. It was operated by Ralph Allen & T.F. McDonald of Wallsend. From 1914 until closure it was operated by Stanley Rogers & E.J. Hinge. Around 1930 it was equipped with a British Acoustic(BA) sound system and was presenting occasional variety shows as part of the film programme.

The Empire Cinema was closed in 1954 and reverted back to retail use.