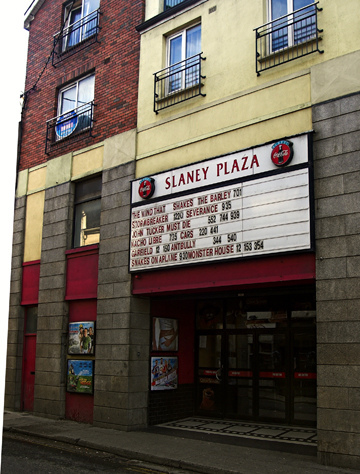 Located in Enniscorthy, County Wexford. The Slaney Plaza Cinema was named after the local river and was opened in 1998 by Graham Spurling. It was a short-lived venture closing on 6th March 2011. The three-screen cinema faced competition from those in Wexford and Arklow and its proprietor was reported as saying that he didn’t see a future for it.